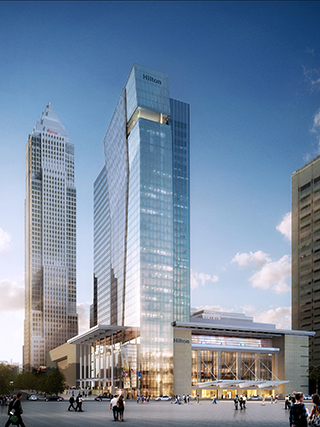 Hilton Hotels & Resorts, owned by Hilton Worldwide, will operate the hotel. Founded in 1919, Hilton Worldwide has more than 4,000 properties, with more than 650,000 rooms, in 90 countries and territories across the globe. The hotel will feature a 28-story tower filled with 600 guest rooms positioned atop a four-story podium of ballrooms, meeting space, retail space, and lobby. The hotel will feature a rooftop bar as well as underground connections to the Cleveland Convention Center and the Global Center for Health Innovation.

Situated on the site of the former Cuyahoga County Administration Building, the $272 million project is expected to employ 2,800 workers during the construction and 450 full-time jobs at the hotel. The new Hilton Cleveland Downtown is scheduled to open by 2016. 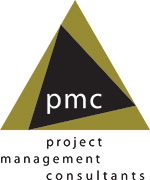